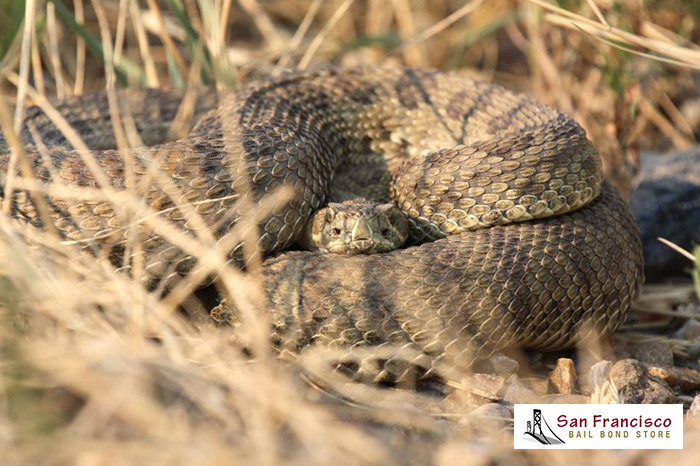 With every positive, there always seems to be a downside. California has beaches, sunshine, and great views. However, California also has snakes, earthquakes, and the occasional summer temperature rising above 100. If these cons to living in California stress you out, take a hike out on one the hundreds of trails California has to offer residents. Just be careful, summer is snake season.

Snakes can be out all throughout the year, but usually are more active in the warmer months. Snakes are cold blooded, which means they need to the sunshine to raise their body temperature enough to move. This is why in the colder months we typically see fewer snakes. California, like other states, does have several snakes. The ones that you need to extremely cautious of, are rattlesnakes.

Every snake should be treated with extreme caution because they all can bite. Some snakes are extremely venomous to us, others, not so much. Either way, snakes are not toys. California is home to a lot of rattlesnakes, such as:

All of these are types of rattlesnakes and have a wide, diamond-shaped head.

The good news is that the rattlesnake is California’s only native venomous snake. Most snakes aren’t bad. If you’re looking at a snake and it doesn’t have a rattle on its tail, or a diamond shape head, you can breathe a little easier because more than likely, that snake is helping you catch rodents.

If you ever find yourself with a rattlesnake staring you down, or infringing on your backyard, you can call in an expert snake remover. Simply back away from the snake and call a professional to come deal with it. A rattlesnake will not chase after you, it just wants to be left alone. If you keep your distance from the snake, it will keep its distance from you.

While you stay in California, it is important that you adapt to protect yourself from the harm of dangerous snakes such as rattlesnakes. By making little adjustments to your lifestyle, you will be decreasing your chances of getting into trouble with a rattlesnake. Here are a few tips from the Californian Department of Fish and Wildlife on how to be snake aware:

• Be alert of your surroundings where you place your feet.
• Wear protective foot wear.
• Children shouldn’t wear flip flops in snake country.
• When hiking, avoid grassy areas where snakes could be hiding.
• Don’t step or place your hands in areas that aren’t visible to you.
• Don’t grab sticks or branches in rivers, snakes can swim.
• Never hike alone.
• Carefully handle freshly killed snakes because their fangs still have venom in them.
• Teach children to leave snakes alone.
• Walk your dogs on a leash to avoid your dog getting bit by a snake.

There are a lot of perks to living in California, but there are some small downsides. One of those downsides are snakes. However, with the proper knowledge you’ll realize that snakes out in California aren’t a big deal. As long as you’re aware and remember that snakes aren’t toys.