College – Fun, But Safe And Wise 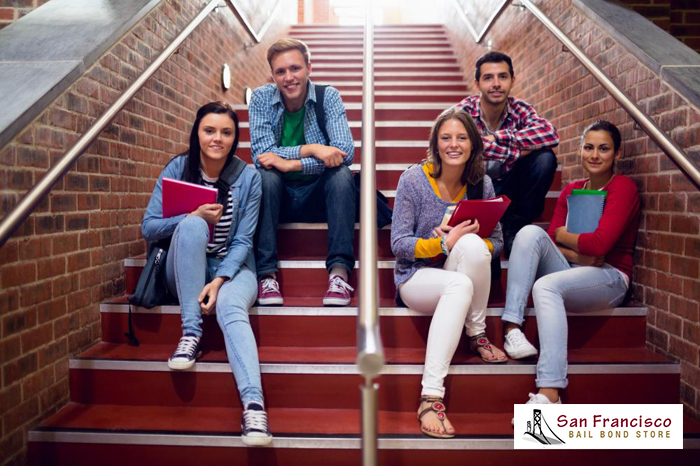 Anyone who is heading to college around now probably already has a bunch of parties lined up for the first couple weeks back at school. We get it, we’ve been there – college was the time of our lives and you’re just trying to make it the time of yours! We’re just here to make sure you really have a safe and positive college experience.

Anyone younger than 21 isn’t supposed to drink alcohol but we all know that plenty of men and women drink before they’re legally allowed to. We don’t particularly condone it but it’s not our position to prevent you from doing it. It is our position though to advise you if you ever run into legal trouble while you’re in school in California.

If you or any of your friends are arrested one day no matter what the situation and/ or reason is, you can count on San Francisco Bail Bond Store to help bail you out of jail. Now that you’re 18 or over, the police won’t necessarily notify your parents of this incident, but it would be a pretty good idea for you to make that call to them. In addition, your academic standing may be in jeopardy with your university (the university may notify your parents too). Yes, you can post your bail without telling your parents (we promise confidentiality if this is the case), but can you really afford it and do you really want to go through this tough time without them? If you ask us, we’ll tell you that it’s much better to endure some extreme disappointment and anger followed by immense support from them, than it is to do this alone.

But all in all, San Francisco Bail Bond Store is here to simply encourage you to have a fun but safe and wise college experience, and to let you know that if ever in need of a bail bond, we’re here. We can be reached online and at 510-444-4091.